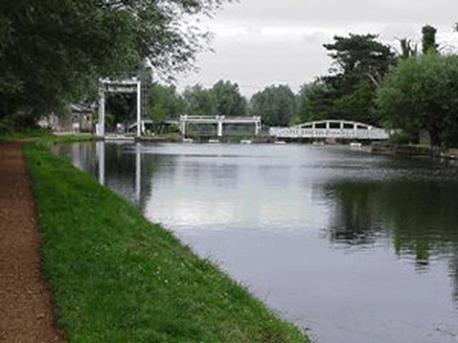 Anglian Water has lost its appeal against the decision of a Cambridge Judge to award compensation compensation to the Cambridge Fish Preservation and Angling Society (CFPAS), a member club of Fish Legal.

At a one day trial in Huntingdon on 17 October, Deputy District Judge Evans ordered the payment of a modest sum of £2,824.51 towards restocking part of the River Cam following a pollution in 2013.

However, the Water Company applied to the Court for permission to appeal which was refused by Her Honour Judge Walden-Smith who said in her decision that, “the Deputy District Judge reached proper decisions on the evidence and law and [it] is not a matter where it can be said that he erred. There is no real prospect of success and no other compelling reason for the appeal to be heard. . .”

Anglian Water had earlier admitted liability and paid the club for loss of amenity and loss of match income after the case was issued at court. But they continued to dispute whether the anglers were entitled to claim for restocking to help the fishery recover.

Graham Tweed, President of CFPAS, commented: “Cambridge Fish Preservation and Angling Society together with Fish Legal have battled to hold Anglian Water to account for killing hundreds of mature fish on the River Cam. We were delighted the court had ruled in our favour but angered that the water company just continues to fight on, dragging out the whole process.”

Justin Neal, solicitor at Fish Legal: “the Water Company fought the claim tooth and nail. Then after admitting they were to blame for the fish kill at the eleventh hour, they fought on over a modest amount of compensation for the river. If they had been more circumspect then perhaps they might have realised that it would have been better to settle the claim early for the good of the river and the angling club.”

Last January, it was reported that Anglian Water admitted it killed fish on the River Cam after years of denying that it was responsible following failures at its sewage treatment works at Milton in Cambridge which led to the deaths of hundreds of fish, including prize bream.

Anglian Water operates under a licence which allows up to 5 mg/l of ammonia to be discharged into the river but the discharge reached 19 mg/l. The Environment Agency dropped their case against Anglian Water leaving it to the anglers and Fish Legal to fight for compensation.

CFPAS, a member of Fish Legal, leases the fishing on the river downstream of the Milton works. Following the pollution they have reported long term damage, particularly at Baits Bite Lock where big bream had been caught in the past but whose numbers have since declined.

After drawn out arguments with the water company, Fish Legal issued the case at Court on behalf of its member. But at the eleventh hour, Anglian Water admitted that it was to blame for the fish deaths and has agreed to pay the angling club damages for the loss of amenity and loss of income from match fishing – but continued to deny it was liable to pay for restocking.

Catch Report: Contender for best Rudd of the season