The day had arrived, it was time to head out to the venue on a unusually warm morning for mid February; Beast from the East remembered by most this time last year! The East Anglian fens are a beautiful place to be at sunrise & at 7am the sun was just got above the horizon.

With in 30 minuets the car park was buzzing with chatter of old friends, new folks quickly getting in to the stories spun of previous fishing events or ones that got away. The "Beast from the East" quickly adopted a new meaning, who was going to land the beast of the day?

After a quick briefing; 8am on the dot people headed to the bank. The sound of swishing was abundant as this was no ordinary Pike match, this was Pike Fly Fishing. Yes there are lunatics who cast a h'mungus 6"-16" long fly tied with various materials from Buck tail to Nayat hair or synthetic materials; right across to the other side of the bank with ease.

Being a fly fishing match, the venue had to have open banks to allow the anglers to get a back cast in that didn't foul/catch bushes/trees behind them. The Lark river ticked several boxes to be a good venue, open banks, good head of Pike, lots of challenges for an angler to work with, somewhere to pop in for a cuppa & miles of river bank. That last bit is one of the unique features of a fly fishing pike match, there are no set "pegs drawn". Angers can rove/wander the whole stretch of venue which in this case was 5.5 miles of river (11 miles of bank) to look for that beast. Unlike Trout matches, no hooter is needed for moving to the next peg.

By 11am the sun was burning off the last of the cloud cover & it was getting brighter. The fishing got more challenging but Pike were still being landed. By 3.30pm things had pretty much gone quiet for most anglers, with the event being wrapped up an hour later.

The winner is based on total weight of all the fish they landed on the day with the following results: 1st place & £50.00 cash prize 20.7lbs total bag on a big black pattern Guy Eldridge, 2nd Place 18lbs total bag on yellow pattern Peter Currington & 3rd place 14.11lbs total bag on silver/white pattern Mark Tredgett. Runner ups: Rodney Wevill (9.5lbs) Richard Sewell (9lbs), Vic Fitzwalter (3lbs) & Nick Dodge (2lbs). The Rubber Hook award to a chap who Lost 7 yes SEVEN fish! I think for future events we need to have a bottle of something strong to help drown their sorrows.

Everyone had a good day which was very good for a first event & everyone asking if it will be held again next year? Yes it will be, but for now; we shall leave the Esox to their spawning.

If anyone has an interest in taking up fly fishing for coarse fish? Please do pop to East Anglia Fly Fishing Facebook Group or to the Pike Fly Fishing Association for advice, Basic kit for pike around £200.00 or less.

Thank you to the Cambridge Fish Preservation & Angling Society for the venue, Prickwillow Drainage Museum for letting us use their car park & access to tea/coffee. The museum will officially be open to the public from Easter onwards if anyone want to go have a look around the old pumps & Fen history. Also a Thank You to the Ely Drainage Board who switched the pumps to night time pumping to allow us better water conditions. 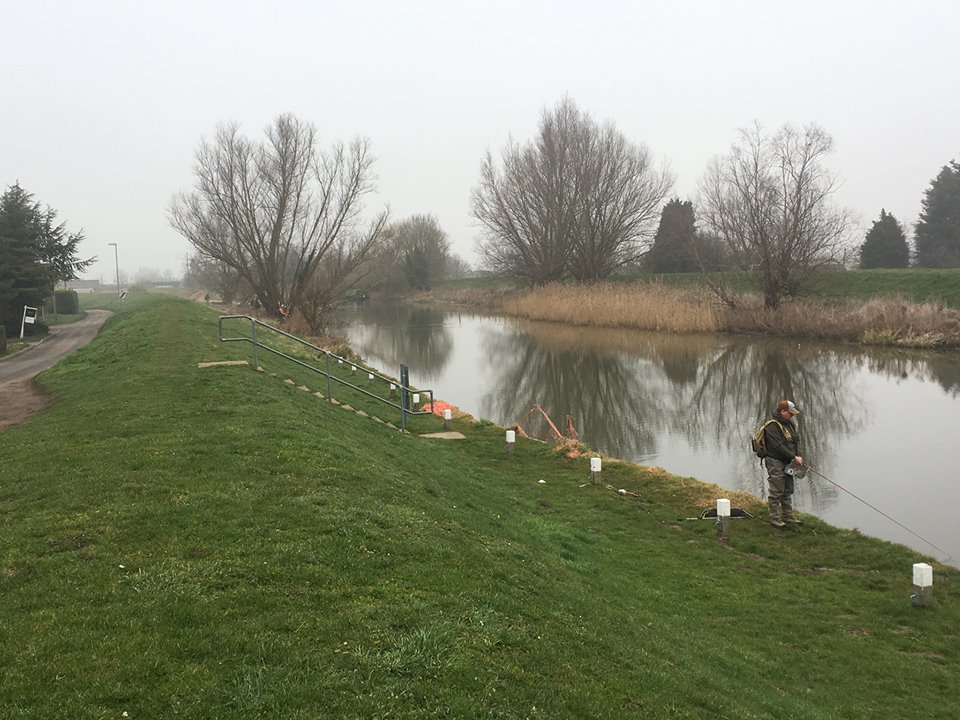 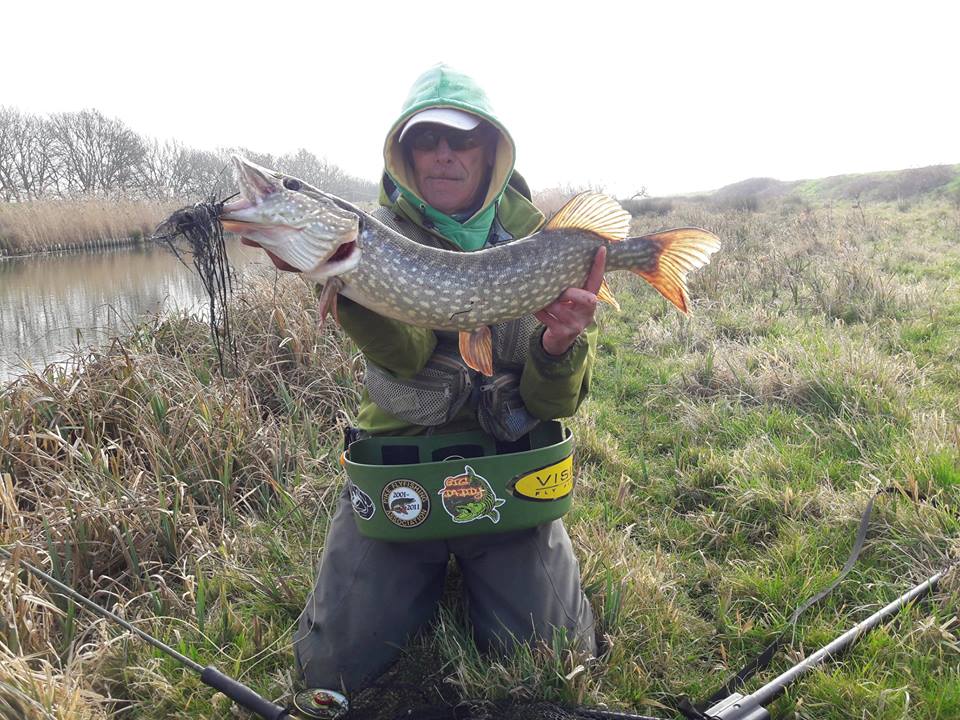 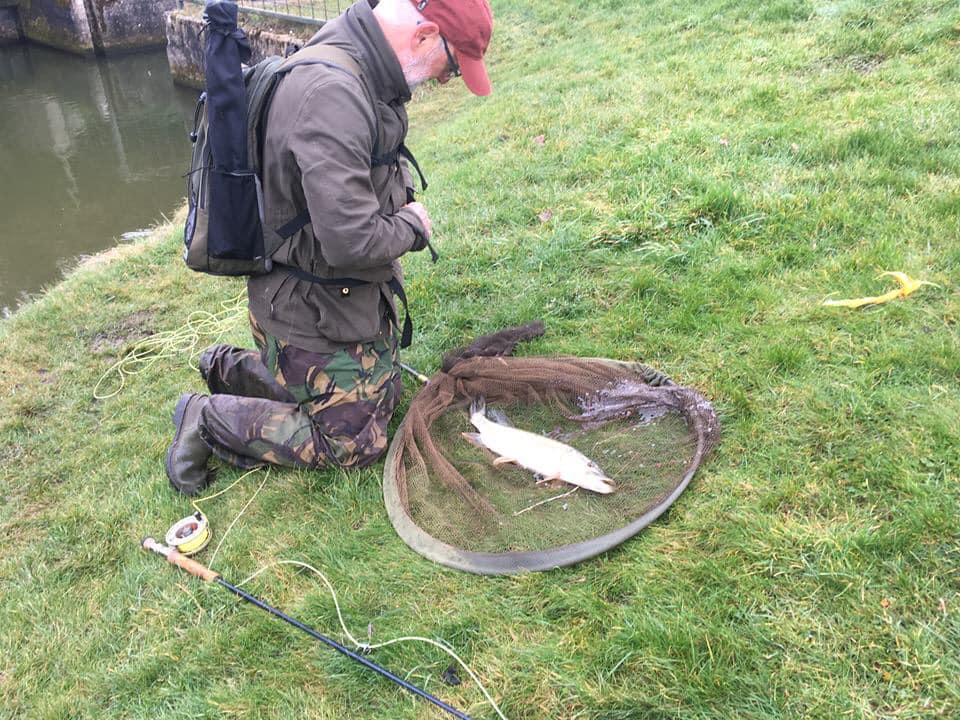 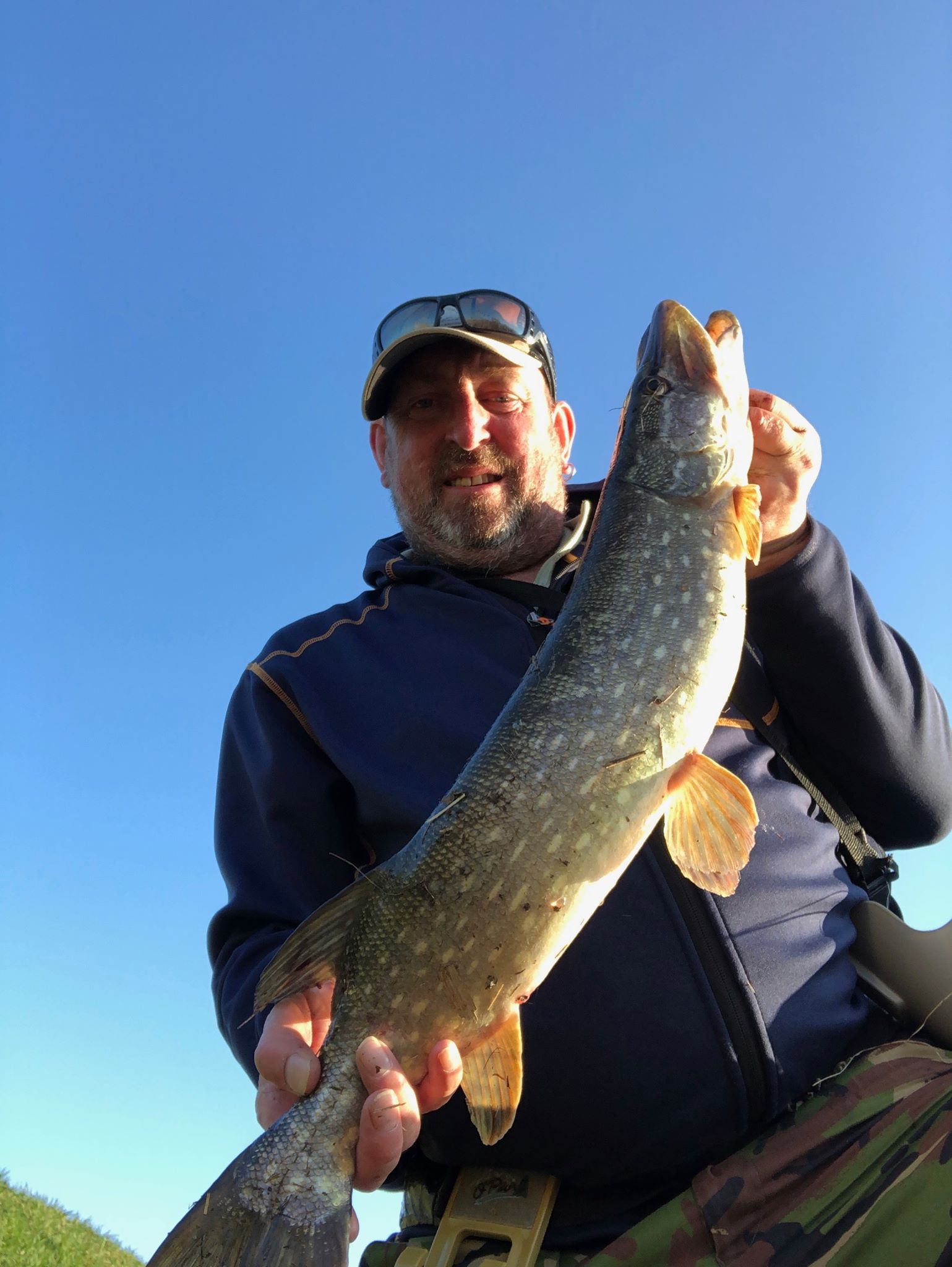